Depending on the mode of action, humectants can be classified into emollients and hygroscopic agents. Among them, the emollient prevents the loss of moisture by forming a moisturizing film on the surface of the skin, and makes the skin soft and smooth. The hygroscopic agent refers to a substance capable of absorbing moisture, and can attract deep water of the skin to the stratum corneum, thereby increasing the moisture on the surface of the skin.


Mainly include: polyols, natural moisturizing factors, amino acids and polymer biochemicals
The quality and effect are different, and some can only be regarded as a simple moisturizing ingredient; some have a skin care effect in addition to moisturizing.

Polyols
This type of composition is easy to obtain, can be manufactured in large quantities, is inexpensive, and has high safety. The disadvantage is that the moisturizing effect is more susceptible to the humidity of the environment. When the relative humidity of the environment is too low, the effect of retaining water molecules will decrease.
In addition, the purpose of achieving high-efficiency moisturizing is limited by its own mechanism and is difficult to achieve. Long-term moisturizing effect is not ideal.
Common polyols are: glycerol, commonly known as Glycerin, Butyleneglyol, Polyethyleneglycol (PEG), Propyleneglycol, propylene (2-Methyl-2, 4) -pentanediol), xylitol, polypropylene glycol (PPG), sorbitol (Sorbitol) and the like.

Natural moisturizing factor is hygroscopic in the epidermis and stratum corneum of the skin, and has a regulating function on the pH value of the skin.
However, whether it is NMF or PCA, like the polyol, it is a water-soluble small molecular structure, so the moisturizing effect is not as good as imagined.

Amino acid
Amino acids can be interpreted as advanced skin care moisturizing ingredients. Amino acids are monomers of proteins and important components of organisms. For the skin, it has the basic effect of mitigating the damage of external substances. Appropriate amino acids have the effect of assisting the repair of damaged keratin, so it is widely used by the cosmetics industry. The cosmetics industry is applied as an amino acid of a humectant, and has a small molecular weight amino acid (Aminoacid) and a large molecular weight amino acid polymer (Polypetide). Humectants belonging to amino acids include proteins such as vegetable proteins, soy proteins, animal proteins, hydrolyzed proteins, and the like. Protein humectants also have their shortcomings, and their rancidity is extremely common, except that it is relatively difficult to preserve fresh and susceptible to microbial infection.

Molecular biochemistry
Molecular biochemistry emphasizes highly effective moisturizing products, and the main moisturizer used is this category.
Biochemical humectant, mainly derived from the components of the skin dermis, such as collagen (collagen), mucopolysaccharides, Glycosaminoglycans, hyaluronic acid, glycoprotein (Glycpprotein) and chondroitin sulfate (Chondroitinsulfate) and so on. The most prominent ingredients are clear gum and collagen. 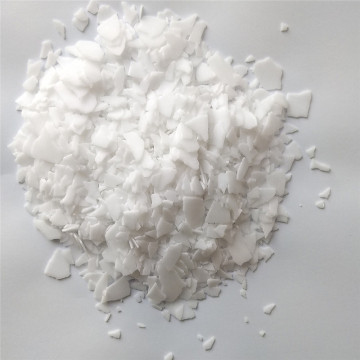